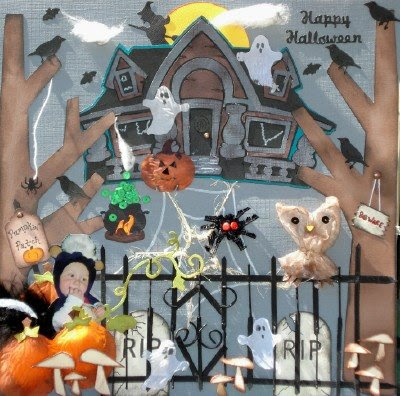 Description: This lo was completed for the Sept. scrap pack ...make a lo for all the items sent to you only adding photos, journaling, paper, paint, ink, and chalk no other embellishments except what is in the pack..items listed below:
1. 1 sheer bag- made into a brown owl sitting on fence, the pull ties were turned into the owls claws.
2. 3 golden rings- cut up and painted black used in the middle of the iron gate for decoration, i curled two of them.
3. 2 mini copper brads- one in the door of the haunted house for a knob, and the other as a nail on the rt. tree to hold up the BEWARE sign.
4. place card- cut up into two RIP tombstones and for making the BEWARE sign.
5. 8 white flower petals- 3 were inked orange and made into pumpkins down in left corner, one was inked orange and made into a Jack-o-lantern by front step of haunted house. the other four left white and cut into ghost two by house and two by the tombstones, and one piece for the tail of the skunk.
6. 24 sequins- 22 painted lime green and used as the bubbles in the witches pot.the brew bubbled over...and the other two in the eyes of the owl.
7. 1yd.of black eyelash fiber- tied into a large knot and made legs for the big giant spider right in the middle of the page.
8. 1yd of cream eyelash fiber- used to sew into paper to make the web for spider, actually could of used more fiber for this..but looks great.
9. 5 bobby pins- i cut the pins at the curve and with cardstock i glued together and created the iron fence/gate then i painted the paper rings and bobby pins black.
10. 4 wooden hearts 1lg- 1 med. and 1 small- cut up into fours and made into mushrooms...every fall we have tons of mushrooms and every skunk likes mushrooms. i inked them brown too.
11. two black feathers- put the two together and made a fluffy tail for the little skunk in the pumpkin patch..perfect tail.
12. 3 medium brads- two painted red for the eyes of the spider and one for the nail on the pumpkin patch sign on left side.
13. hang tag- used the tag to make the sign for the pumpkin patch on lt. side and the string to have the spider hanging on lt. side of tree and to hang the BEWARE sign.
14. 2 cotton balls-used one to put behind the two pumpkins in patch to pop off and too give a round look, the other was stretched into clouds, and steam for the boiling couldron pot.
the pic is my ds last Halloween
tfl!
Tweet
Pin It
Email ThisBlogThis!Share to TwitterShare to FacebookShare to Pinterest
Posted by Dawn Gallop🐝 at 11:54 AM

This is the cutest thing!!! I have to tell you what I did tho...I saw the trees but I saw hands and thought now why did she hold the layout down like that to take the picture?! LOL!!! I'll blame that on lack of sleep! 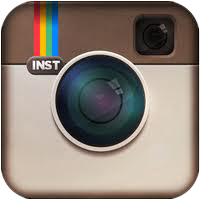 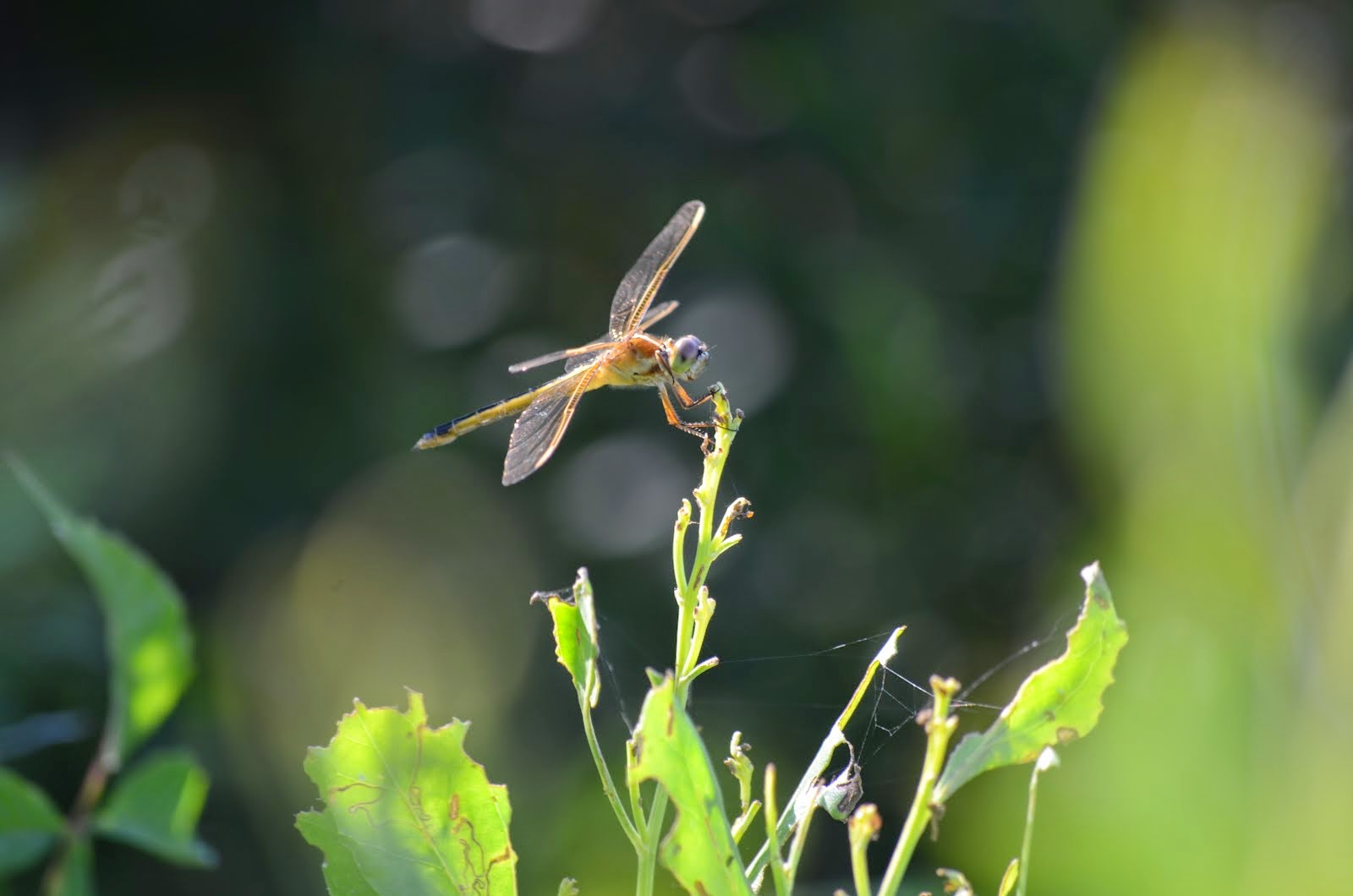 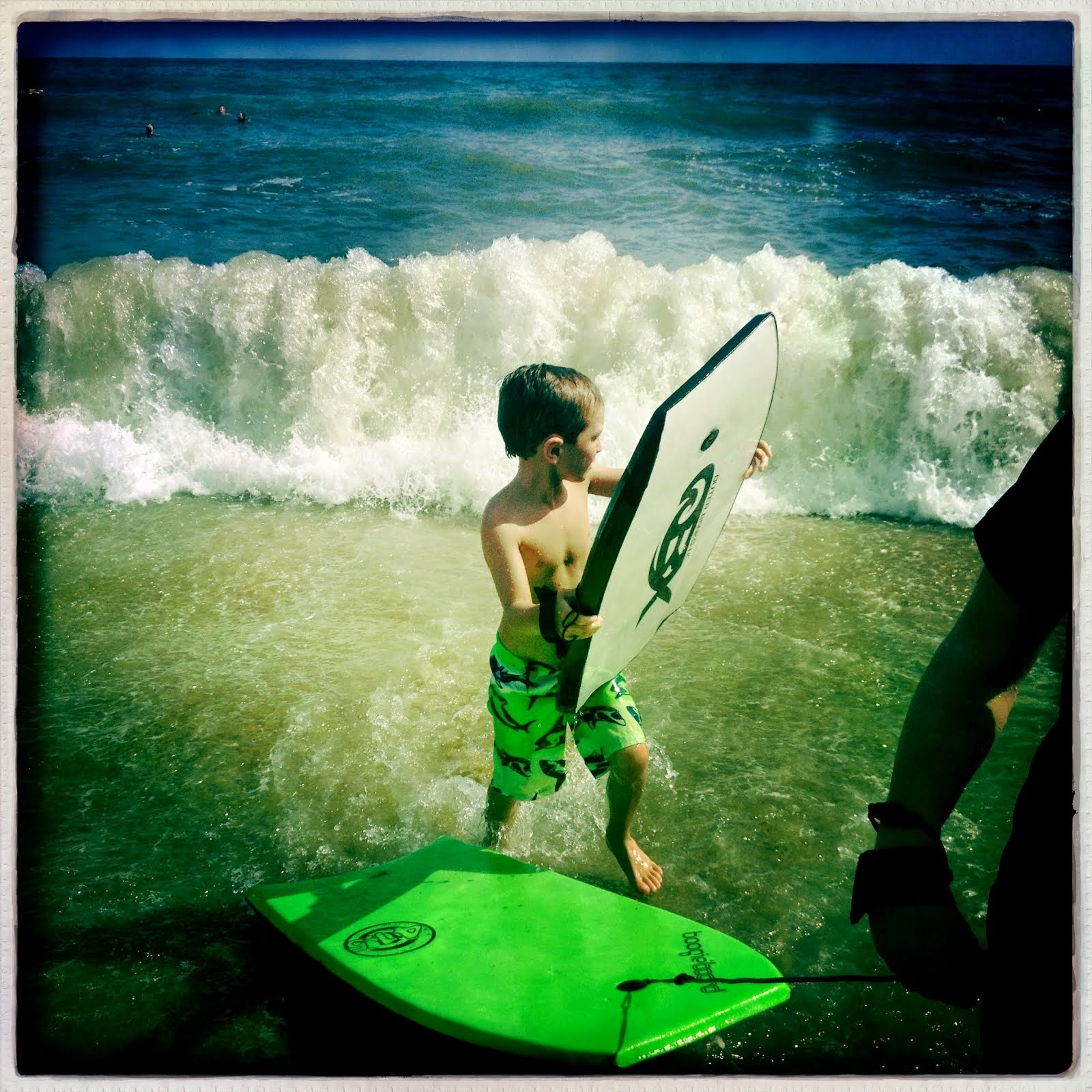 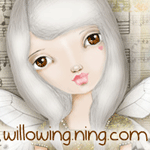 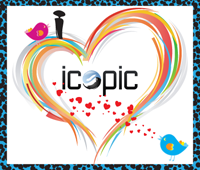 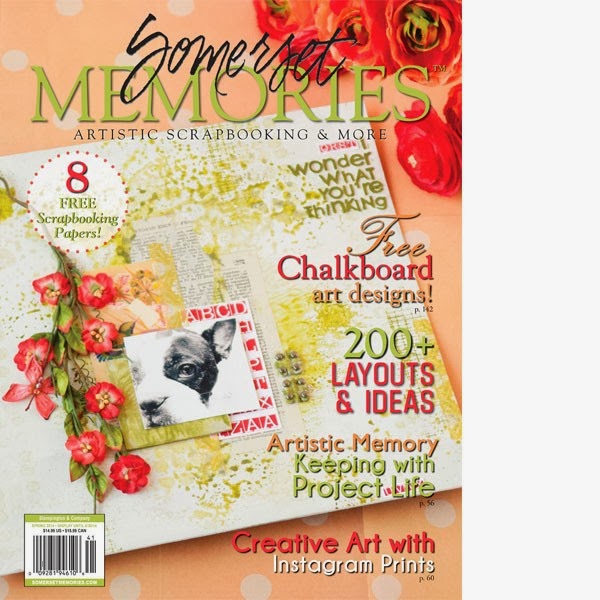 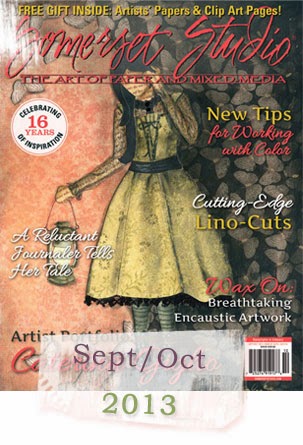 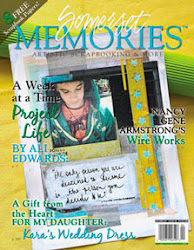 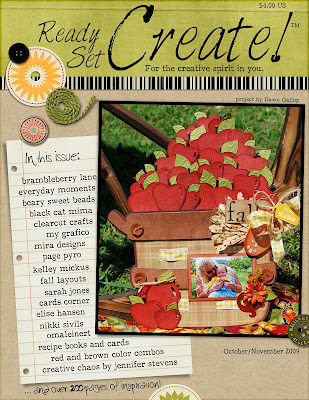